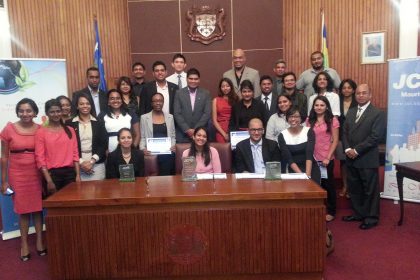 Public speaking is a critical skill for leaders to motivate others toward positive change. During the 2014 JCI Mauritius Public Speaking Championship, the participants faced the challenge of expressing creative ideas in a clear and captivating manner. The championship offered the participants a unique opportunity to exercise and showcase their abilities and to share ideas on issues of particular importance to the society.

This year the 2014 JCI Mauritius Public Speaking Championship was hosted by JCI City Plus. In order to prepare the participants for the championship, training on public speaking was organised on 22 March 2014 at the JCI Mauritius Secretariat. The trainer for the day was Senator Georges Clency Magon and the training was very interactive.

The Championship was held on 29 March 2014 at the Municipal Council Room of the Municipality of Port-Louis and the members of the jury panel were Senator Georges Clency Magon, Executive Director and Project Manager of GML Foundation, Miss Preeti Auckloo, Senior Lecturer at MIE and Director of Education Commission of Lions Club of Ebene and Miss Aarti Mungoosing, Educator and President of Aurora Toastmaters.

There were 12 participants from the five local organisations affiliated to JCI Mauritius. The speeches were very interesting and resourceful. The winner of the championship is Miss Hanisha Seeboo from JCI Quatre-Bornes, the first runner-up is Miss Tania Huet from JCI Beau Bassin/Rose-Hill and the second runner-ups are Mr. Mohesh Chandra Padaruth from JCI City Plus and Miss Anjena Seewooruthun from JCI Quatre-Bornes.

A special thanks goes to the team members, Miss Simi Gopaul and Miss Dana Sunnassee, without whom the championship would not have been a success. 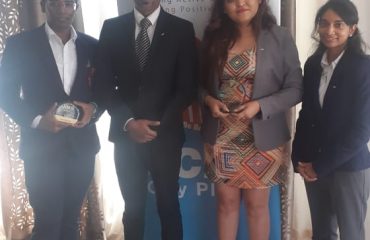 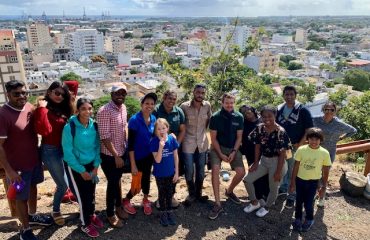