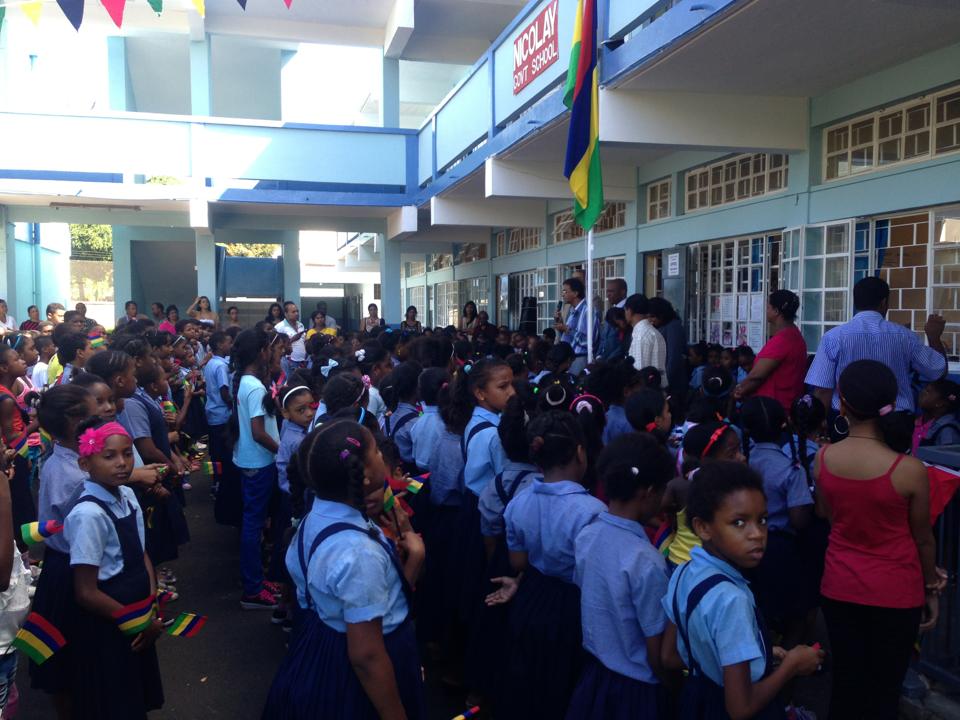 [vc_row][vc_column][vc_column_text]This project came up as an initiative from JCI Luxembourg and JCI City Plus to help students in ZEP (Zone D’Education Prioritaire) schools to have access to modern educational tools which would benefit them in their learning process. Students from ZEP schools usually require teaching methods which are creative and interactive rather than the traditional educational methods.

We will be donating 30 computers, after which, we would cater for educational programs to be installed. The program will target Standard 5 and 6 initially.

During the survey phase, it was also found that the children of the school did not have proper writing materials. The first phase of the project was thus the ‘Children Awareness Campaign project’ to cater for the immediate needs of the children.

The main aim of the Children Awareness Campaign is to educate the younger generation to be responsible and healthy citizens and to become leaders and role models for a safer and better society. Comic strips were used on the back covers of the copybooks to convey key messages to the children in relation to health & safety, and environmental issues. Distribution of copybooks and stationery to the 410 children of Nicolay Government School was done during the visit of Vice President Basile Djossouvi visit on the occasion of the Independence Day of Mauritius celebrated at Nicolay Government School on the 11th March 2014.[/vc_column_text][TS-VCSC-Lightbox-Gallery content_images=”590,591,592,594,595,596″ content_style=”grid” data_grid_breaks=”240,480,720,960″ data_grid_space=”2″ data_grid_order=”false” lightbox_pageload=”false” thumbnail_position=”bottom” thumbnail_height=”100″ lightbox_effect=”random” lightbox_autoplay=”false” lightbox_speed=”5000″ lightbox_backlight=”custom” lightbox_backlight_color=”#0392d0″ lightbox_social=”true” margin_top=”0″ margin_bottom=”0″][/TS-VCSC-Lightbox-Gallery][/vc_column][/vc_row]